Can vitamin D protect you from COVID-19? Here’s what the latest research says by Arianne Cohen
Wednesday July 28th, 2021 at 10:26 PM

Clinical trials are underway to definitively determine whether consuming vitamin D helps reduce the risk of COVID-19. Studies suggest it might.

My company is growing fast and my team is overwhelmed. What should I do? by Maynard Webb
Wednesday July 28th, 2021 at 10:25 PM

Says Maynard Webb: “Get used to it!” (And find a path to removing roadblocks that inundate your employees.)

Editor’s Note: Each week Maynard Webb, former CEO of LiveOps and the former COO of eBay, offers candid, practical, and sometimes surprising advice to entrepreneurs and founders. To submit a question, write to Webb at dearfounder@fastcompany.com.

Once upon a time, I could visit Amazon’s retail site and search for anything I wanted to buy. Underpants. A box cutter. Floor wax. It didn’t matter what I searched for; Amazon was and is The Everything Store, with thousands of options for every kind of item imaginable. I’d find the one with the best reviews, click the “Buy Now” button, and, sure enough, it would show up by the end of the week. Nothing could be simpler!

And then Amazon discovered that it could sell ads and make money. I’m unsure exactly how much money Amazon makes from selling ads, but it’s clearly enough to forsake their “Earn Trust” and “Customer Obsession” leadership principles. When I search for “box cutter,” I see first an option for “featured from our brands.” Next, I see a few sponsored options (apparently you can’t pay to come in ahead of Amazon’s crappy house brand offering). Then I see some no-name option called “Internet’s Best” that somehow has over 10,000 reviews for a freaking box cutter.

In the end, every purchase on Amazon feels like a crapshoot. Sometimes it’ll be awesome, most of the time it’ll be mediocre, and once in a while, it’ll be counterfeit. I no longer trust Amazon’s search for anything other than fairly basic things. For purchases where quality matters, I’ll consult a few trusted review sites and click through directly to the item in question. And every time, I think to myself that I should really start buying things from other stores one of these days.

So Amazon Retail sucks. Get to the cloud stuff!

Of course, none of this applies to AWS, right? I log into my account and stare at the console. Up at the top is the Unified Search bar. If I click on it and search for something nonsensical like “floor wax” (with the quotes), 30 offerings show up in the AWS Marketplace. None of them feature the term “floor wax.”

As an AWS customer searching in the console, I expect the only return for “floor wax” to be “no results found” — plus a back-end alert to the still-NDA’d product team for Amazon Floor Wax, coming re:Invent 2022. Instead, I’m staring at what feels like the thin end of a wedge; the results I’m shown are evocative of the early days of Amazon Retail’s slide into eroding trust.

Today, it’s unclear how these console search results are ordered. I see tiny companies coming before large ones, products with five reviews coming before products with hundreds of reviews … there’s no rhyme or reason to any of it. Y’know, kinda like the sort order for services themselves in the AWS console.

How Amazon’s crappy search model is leaching into AWS

Now we’re seeing the early stages of decline in a few places across the Amazon ecosystem. Unified Search is the most obvious example, but there are more. The EC2 console has featured Marketplace AMIs since almost the beginning. ECS features an AWS Marketplace option. The S3 console now has an “AWS Marketplace for S3” section. And it could get worse.

I can easily see a scenario where better placement in the AWS Management Console’s Unified Search results gets auctioned off between various partners. AWS’ native and uninspiring service offering in an arena might pre-empt the Marketplace offering, but not always. I can see an “AWS’ Choice” next to various offerings that are algorithmically derived and placed, probably from Twitter mentions or other red herring sources.

And I can see growing deeply and profoundly weary of using the AWS console, because some enterprising product manager somewhere discovered they could make more money by screwing up the entire thing with ads.

There was a time when Amazon seemed to take the long view. Building AWS wasn’t a bet that was going to pay off in anything other than a multi-decade timeframe. Refunding dissatisfied customers was a slam dunk win in virtually every case that wasn’t outright fraud because happy customers are repeat customers. And Amazon’s business model was “selling things to you in return for money” instead of also “monetizing your attention” or “convincing you to do things that aren’t in your direct interest.” The top retail results used to be the best options to purchase, not the vendors that paid the most money to Amazon. That shift to ads broke the faith. Instead of earning trust, Amazon is selling out in the short term.

There are differences between Amazon Retail and AWS product search, but not the good kind

In Unified Search, the Marketplace results all have a star rating from 1 to 5, based on AWS customer reviews. In a fair and just world, customers would also be able to rate native AWS services on the same scale and have those ratings displayed. But let’s be honest: No product manager in all of AWS is quite bold enough for the potential consequences of that particular move. This contrasts with Amazon’s own house brand retail products, which do get rated.

The AWS reviews further claim to be vetted for accuracy and to establish whether there’s an active subscription to the product being reviewed. While that sounds terrific, some reviews are clearly slipping through the cracks. I found a number of 1-star reviews that, instead of talking about the product in any meaningful way, distilled down to “I couldn’t figure out how to launch an EC2 instance.” I get it — AWS is hard to figure out! But this is the equivalent of giving an Amazon Retail product a terrible rating because the shipper lost your package.

Be afraid. Be very afraid.

Amazon Retail and AWS are distinctly different subsidiaries of Amazon … but they ultimately ladder up to the same folks at the top. If Amazon thinks elevating its own (at times admittedly second-rate) products and selling out to advertisers is a smart and profitable model in its retail business (and clearly it does, because we’re still suffering from its lousy search results), AWS users need to be on the lookout for something similar. This pervasive expression of “Amazonian evil” is already infecting our world, and it might not be long before the grotesque transformation of AWS search console is complete. We’ll know it’s here when we get AWS Partners offering us freebies to review them positively in the AWS Marketplace. 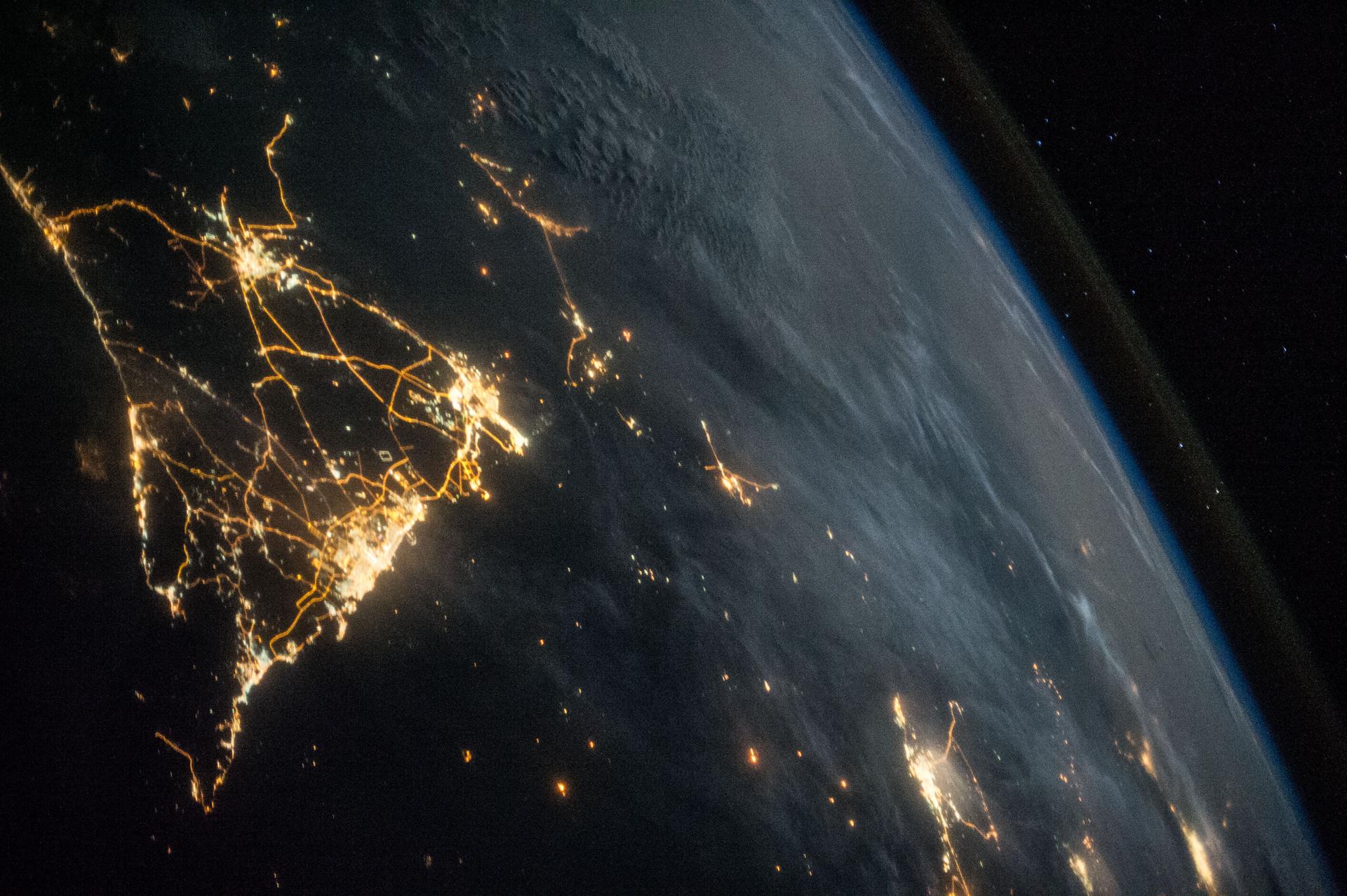 1 Comment
The backbone capability is the first of several the companies will collaborate on to simplify data center and network procurement for enterprises. 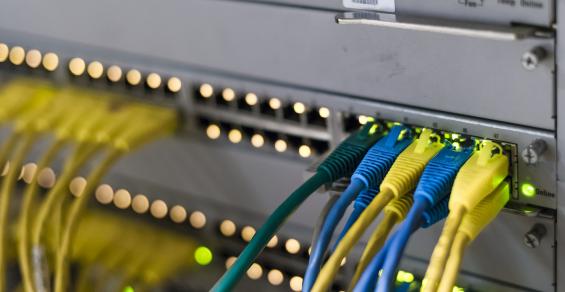 JayM
reply
How many fiber cuts has Zayo had in the last two weeks? Ummmmm.
Atlanta, GA