Mother of all lawsuits quietly filed last month vs. Facebook in Delaware
Thursday September 23rd, 2021 at 7:03 AM

“Instead, improving your organization to make more people productive will reap the greatest benefits. It will allow you to hire more people who can succeed in your engineering organization. The broader you can turn the pool of people you feel “could do great work at our company,” the better your odds for scaling with success. This realization should make us more holistic. Turn our attention from individuals to groups of people: teams, departments, and the whole organization.”
Atlanta, GA 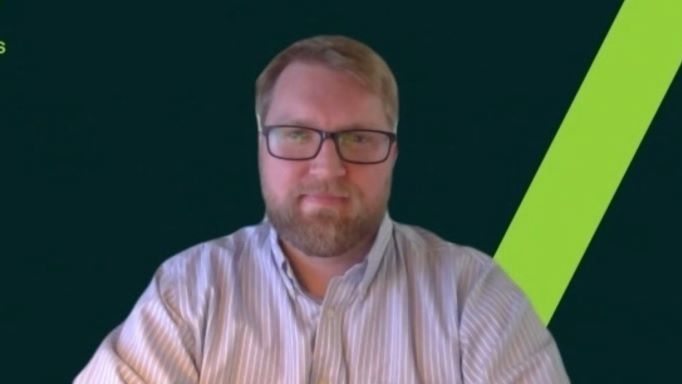 The need for innovation has caused business to speed up software delivery, which, however, is often the antithesis of quality. And the speed versus quality puzzle is not an easy one to solve. The software delivery startup Harness Inc. tackles this problem with the use of automation, governance and artificial intelligence to improve confidence in the […]

Earlier this month, I was able to hit the publish button on a new book - Open Source Network Management. The book dives into getting started with several open source network management tools. It is meant as a guide to help further your experience with using and installing open source tools, all on a single VM/host. The size of the host is meant to have minimal capital investment, in the way of a single NUC or a minimal VM deployed on a hypervisor in your environment.

The book is published on LeanPub, which is a publish early, publish often marketplace. The book is digital only, with PDF, ePub, and mobi formats available. Currently, the book is indicating 80% completeness, with most of the technical content in place already! There are mainly soft edits in this early version.

Several open source projects are covered in the book, starting out with installing Docker Community Edition (CE), then adding Docker Compose files to handle installation of the tools. After the Docker Compose is up, there is also a basic configuration to get up and running, actually using the project, including:

Current Projects Included in the Book:

With these components in place, a modern network management stack can be assembled with minimal investment.

These lightweight projects have the capability to run on a single host in order get up and running. Yet, even though these projects are lightweight, they all are able to scale out to meet the needs of Enterprise and Large Enterprise.

Upcoming additions to the book include installing a Git application such as Gitea, adding in more Nautobot apps such as the Golden Configuration app (which requires a Git repo for configuration backup) and Welcome Wizard.

As time allows, more additions and tools will be added, such as those for looking at alternative metrics gathering solutions and other configuration backup solutions.

Opportunity to Get Your Own for Free

As part of the NTC desire to give back to the community, there is an opportunity to get your own copy of the book for free. To do so, join the Network to Code mailing list and select the Get my free copy! button.

There will be a limited quantity available.

There may be some delay in the code being sent to you.

Hopefully, the content in the book is helpful! I enjoyed putting it together!

It started as a meme, but it turned into a real post on “The 17 Ways to Run Containers on AWS.” Apparently my list continues to be a source of amusement inside of AWS.

Given that I do prefer to give the people what they want, I’d like to talk about 17 more ways to run containers on AWS.

“Now hang on a second, Corey,” you might be thinking, “re:Invent is in a couple of months. If you wait until then, AWS is all but certain to release at least a couple more services that can be pressed into container-running duty.”

I appreciate how thoughtful you are, but we don’t actually need to wait for re:Invent. So if it’s all the same to you, I’ll list the entire second set of 17 services right now.

A bunch of folks wrote in to tell me that I forgot about AWS Batch in the first article. This is patently untrue! I remembered Batch, but it’s SUPER hard to run containers with it — despite that being a stated goal of the service.

You can use VMware Cloud on AWS to run Kubernetes via whatever the hell a “Tanzu” might be, and in fact, it’s something actively recommended by VMware. This apparently solves the problem with Kubernetes. What problem might that be? According to VMware, it’s “We don’t make money when you run Kubernetes yourself.”

This little-known service lets you stream desktop applications. This, of course, includes Docker Desktop so of course it counts.

Nimble Studio is a managed video studio solution. It automatically provisions and maintains a studio workstation inside of an EC2 instance, inside of which you can run containers.

Not only can you use this service to run containers, you can buy them as well.

Loath though I am to suggest using this Machine Learning® monstrosity for anything, you don’t have to twist that hard to get this thing to run containers. It is, in fact, AWS’ recommended approach.

“Servers in a rack that get shipped to your facility” open up many different possibilities for customers, but, really, I just want to use one for a second to run a container.

Amazon WorkSpaces are virtual desktops running inside of AWS. “Running containers” is a standard part of many folks’ usual workflows with these things.

AWS recently announced CloudShell, which, unlike everything else on this list, is completely free. Sure, AWS manages the container, but it does, indeed, run the container and let you do an awful lot inside of it.

Device Farm is one of those “are you messing with me or not?” services, based upon nothing other than the description. “A bunch of Android and iOS devices sitting in a rack somewhere for testing mobile apps? Really?” Well, it takes some doing, but you can indeed get Docker running on Android devices.

GameLift apparently runs gaming servers for you. It natively supports containers as one specific architectural choice you can make, and it suggests leveraging Spot Instances for it as well.

Cloud9 (“like GitHub CodeSpaces, only terrible!”) runs its own IDE on top of either a provisioned EC2 instance or your own environment. You can absolutely leverage containers for this; many folks do intentionally do this as part of their development process.

The Snowball Edge (“please do not look either of those words up on Urban Dictionary”) and the Snowcone (“the worst Kindle e-reader that Amazon has ever made”) both support running EC2 instances on them — and, naturally, you can then run containers within them.

As of last week, RoboMaker now explicitly offers support for container images. Aren’t you just so very glad that they made that change?

So there you have it: 17 more ways to run containers on AWS. I really hope there isn’t going to be a third post in this series, but AWS is going to AWS.

If you simply can’t contain yourself, feel free to scream at me on Twitter about this at your convenience.

The post 17 More Ways to Run Containers on AWS appeared first on Last Week in AWS.