It may be a bit later than originally planned, but Samsung's first consumer SSD to support PCIe 4.0 is here. The Samsung 980 PRO was first previewed at CES in January, but we didn't hear anything further until leaks started appearing towards the end of summer. Now the 980 PRO is set to kick off a new wave of PCIe 4.0 SSD releases. These new changes are the most significant changes to Samsung's PRO SSD line since the debut of its first NVMe drive. We've put the drives through our SSD benchmark suite to see if they live up to the hype.

Autonomous Rover Navigates The House With LIDAR by Lewin Day
Tuesday September 22nd, 2020 at 11:52 AM

For those wishing to explore robot autonomy, there’s no better way then to learn by doing. [Greg] was in that camp, and decided to build an autonomous rover to roam his house, and learned plenty along the way.

[Greg]’s aims with the project were to build a robot that was capable of navigating his home without external assistance. To do the job, a Raspberry Pi 3 was put in charge, and kitted out with a LIDAR for mapping. Pololu Roboclaw motor controllers are then used to allow the Raspberry Pi to drive the robot’s individual wheel motors, giving the four-wheeled bot skid steering capability.

[Greg] goes into immense detail on the project’s writeup, exploring the code and concepts behind its autonomous abilities. Creating a robot that can navigate using LIDAR is no easy task, but [Greg] does a great job of explaining how it all works, and why.

It’s not the first autonomous rover we’ve seen here, and we’re sure it won’t be the last. If you’ve got your own build coming together in the lab, be sure to let us know. Video after the break.

Nearly 70% of IT & Security Pros Hone Their Cyber Skills Outside of Work by Steve Zurier Contributing Writer
Tuesday September 22nd, 2020 at 9:19 AM

New research shows how security skills are lacking across multiple IT disciplines as well - including network engineers, sys admins, and cloud developers.

1 Comment
New Apple Watch Series 6 owners who find that their Solo Loop or Braided Solo Loop fails to provide a proper fit are required to return the whole product — Apple Watch and band — to Apple for replacement. 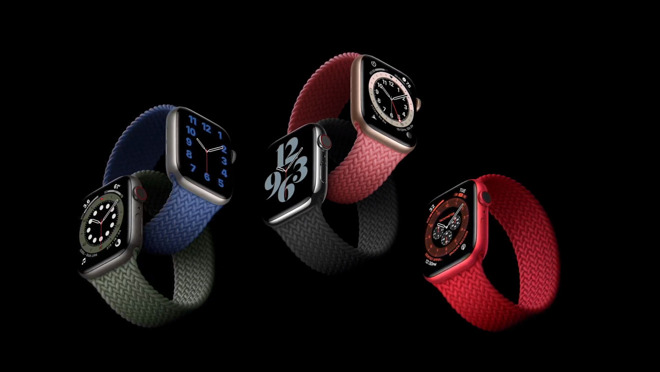 While a more logical, economical, and environmentally conscious policy would call for customers to send in the poor fitting band for replacement, Apple requires a complete return because the setup is considered a "configure to order" purchase. The policy was noted by new Watch owner Eli Hodapp, who shared an interaction with Apple support on Twitter."My choices are deal with the wrong sized band, or return the entire thing (watch and band) then re-order one size down which will not arrive until late November," he said in a tweet. "I wish I could figure out why the Apple product experience once you get anywhere near support is a complete nightmare."

Are You Sabotaging Your Own Company? by by Dina Gerdeman
Monday September 21st, 2020 at 7:11 PM

“I voted” stickers are so last election. This year, kick things up several notches by using a medium that commands real attention – electronics! Check out the full I Vote(d) Pin guide and build your own wearable to sport before and after casting your ballot.